Emerging from the Emerging Church 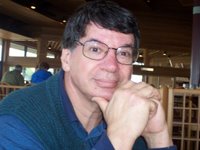 I’m going through a worldview shake up.

A great image, a great icon that I have cherished, is being torn down before my eyes—the image of C. S. Lewis as the premier modern, intellectual Christian. I don’t think C. S. Lewis created this image, but the difference between how he appears to many Christians and what he actually was, taught, wrote, and spoke about is very great—and seldom mentioned.

Consider the fact that during his argument about education in his little book The Abolition of Man, Lewis defines the ground of all truth as the Tao, the Chinese concept of impersonal truth. This effectively makes Christianity a subset and the God of creation a subset of the Tao. If you find this hard to believe, look at pages 27 to 29 in Macmillan’s 1978 paperback edition. How can the “greatest Christian apologist of the 20th century”—as he is often called—write things like this? Here’s a quote from part of this section:

“This conception (A view of the reality of truth) in all its forms, Platonic, Aristotelian, Stoic, Christian, and Oriental alike, I shall henceforth referred to for brevity simply as ‘the Tao.’”

You might be asking yourself as I’m asking myself: How can this be? How can it be that evangelical scholars and leaders look to various famous modern philosophers and writers and accept and propagate their teachings when they so obviously conflict with what the Bible teaches?

I’ve gotten a clue while studying the history of Christianity about what may be going on today, for this same process has happened before. In fact, it occurred several times in different periods since the Protestant Reformation in the 1500s. It has been both disturbing and enlightening to discover how much various philosophies from the unbelieving world have been accepted within the Church. This process still continues, and I call it:

Evangelicals in the philosophers den

You may ask, “What has philosophy got to do with C. S. Lewis who was a literary critic, a scholar, and a writer of both fiction and nonfiction?”

Lewis was steeped in philosophy in his education, with a special emphasis on German philosophy of the 1700s and 1800s. He even taught philosophy. If you read his book Pilgrim’s Regress, which is almost impossible to read unless you know a lot about philosophy (and hard to read even if you do), you’ll find an allegory of his spiritual and philosophical journey from the dregs of Calvinism through various philosophies until he arrived at a philosophical version of Christianity. In this process the Bible does not enter in as a major factor.

What does this have to do with the ? The connection is, as I am beginning to see, that the same bondages from the philosophies of Modernism are shaping and controlling the theology and practice of what is called the . Brian MacLaren and other leaders are claiming to be rediscovering valuable parts of church traditions that have been neglected or rejected by conservative evangelicalism. In this process they are also incorporating traditions and philosophies from non-Christian and occultic religions.

As a result of my background in being rescued from occultic/New Age religion, I am very sensitive to the kind of syncretism that was rife in that demonic stew. However, due to my passive hero worship and acceptance of people like C. S. Lewis who are actually doing the same thing, I blinded myself and was blinded to the similarity of syncretism in modern evangelicalism. I believe that the Holy Spirit is pointing out these kinds of things to me, and I’m in the process of emerging from the distorted view that it is merely a new stage in evangelicalism—a more enlightened evangelicalism—as people in the are now propagating. I believe this is really false and deceptive and that it’s a sinking rather than an emerging—a sinking by God’s people into an old version of bondage to the world the flesh and the devil.

True Unity in the Holy Spirit

In all this talk about “mere syncretism,” I don’t want to forget about true unity in the Holy Spirit.

I’ve been reading Paul’s letter to the Ephesians, one of the places where the Bible talks about such unity. Chapter 4:1–5 (NIV) says:

“As a prisoner for the Lord, then, I urge you to live a life worthy of the calling you have received. Be completely humble and patient, bearing with one another in love. Make every effort to keep the unity of the Spirit through the bond of peace. There is one body and one Spirit just as you were called to one hope when you were call—one Lord, what faith, one baptism; one God and Father of all, who is over all and through all and in all.”

Lewis and many others are seeking the unity of the Spirit, but they’re seeking unity in ways not based on scriptural truth. I believe that often their motives are good, but their principles and practices are in error. We need to tell the difference between these errors and truth.

There are practical outworkings of this confusion between false unity and true unity:

I know from personal experience and from observing those around me that these things are happening all the time and in ever-increasing ways because of the intensity of the spiritual war in our present time. I work in a mental institution that is staffed mainly by pagans who think of therapy as Buddhism and occultism blended together with secular humanism along with a few people who call themselves Christians who are as tangled into those problems as the ones who call themselves pagans.

May God grant us grace to know the difference.
Posted by Richard Nathan at 3:46 PM

great post-thanks for the info. I just read it on the crossroads site. May I post this on www.thinkerup.com?

I too have read Lewis for years. Here's a couple of points. Lewis was not and never claimed to be, a theologian. Like many other authors that I read, I do some sifting and set aside things I find that are mistaken. It's important to remember the point he was making in Abolition of Man, he was not defending Christianity per se, he was showing how many cultures have very similar morality. I think it's a mistake to place him in the Emergent camp, since he wrote 50 or more years before they came along. He could not possibly have known what would come along now.