Our apologetics booklets for sale 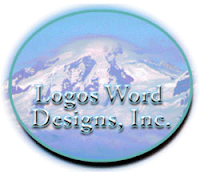 We have recently updated most of the booklets we have written on various aspects of apologetics, and are now offering them for sale in PDF format http://www.logosword.com/pub_orders.htm

The Martial Arts: Should I Be Involved? – $5. Are you already a Christian and wondering if there’s a problem being involved with the martial arts? Or, maybe you’re not a Christian but wondering. Perhaps you’re involved but uncertain and want more information. This booklet’s aim is to help you understand the many grave implications of involvement with the martial arts.

The Glittering Web: A Survey of the Occult and the New Age Movement in Contemporary Culture and the Church – $7.50. The broad sweep of this 33-page booklet covers the false conversion involved and provides a historical perspective, and a chart of 15 current New Age (more popularly called “interspirituality”) trends. The booklet examines Eastern religions, psychedelics, witchcraft, Gnosticism, Romanticism, Mind Science, business usage, holistic health, cosmic evolutionary thought, globalism, education, women’s “spirituality,” UFO cults and mysticism, and Jungian psychology. At the end there are three pages of terms defined and two pages of resources.

The Christ of the Bible – $1.50. This booklet discusses who Christ really is and includes a chart comparing the biblical facts about Christianity with a variety of counterfeits.

Strategies of Evangelism to New Age Culture –$3.50. The current shift in popular culture is affecting the Christian Church in a major way. In recent years the emergence of the syncretistic “Emergent Church” movement has swept the evangelical world by storm. The rising flood of paganism and rebellion is overwhelming many of our culture’s historical “antibodies” against it. The roots of the shift are many and deep, and focusing upon them is not this booklet’s purpose. What concerns us here is what Christians can do to reach out.

Visualization, Imagination & the Christian: Differentiating Between Biblical Prayer and Meditation and Occult Visualization –$3.50. Although originally the sphere of secret occult societies and private practitioners, the explosion of New Age / occult thinking in the past forty to fifty years has thrust occult visualization techniques into enormous popularity both in secular society and in the Church. In some instances, Christian teachers who have been confused about the difference between the two approaches have unknowingly promulgated occult methods. These days occult visualization techniques abound in many vital areas

The Christian and Yoga –$2.50. It’s everywhere these days. Schools and universities teach it. Health clubs promote it. The YMCA and YWCA (once Christian organizations) have classes in it all the time. And it constantly appears in popular magazines. Is yoga really as harmless as it seems? And is it for Christians?

The Devil’s Doorways is not available at this time.

Buy the above PDFs through Paypal at http://www.logosword.com/pub_orders.htm

Email editor@logosword.com for a free PDF copy of the first chapter and for advance notice of publication.

Recognizing deception isn’t easy—especially to Loren and Eve Montcrest who are convinced they’re on the true path. Newly initiated into Seattle’s Arcane Institute, the elite training order of their occult society in the year 2025, they become caught up in a fast-paced succession of intrigues and adventure that rocks their love for each other and even their sanity—and brings them to the brink of destruction. But in the fierce battle for their souls, God is working to strip away the glittering web of false spirituality.

“When the enemy shall come in like a flood, the Spirit of the LORD shall lift up a standard against him.” (Isaiah 59:19, KJV)

Posted by Richard Nathan at 4:46 PM